This past weekend, we packed up two vans with six runners in each and headed up to the Canadian border to participate in a 200 mile relay over the course of 29 and a half hours. The course sent us up hills, down hills, winding through forests, stretching through open farmland, brushing against the shoreline, and across a bridge known as Deception Pass. Some people might think this is crazy, but we consider this a fun and amazing experience. This is the third year that Fresh has competed in RAGNAR Northwest Passage, and the second time I was able to participate in the event myself. While some teams are in the relay to be one of the fastest, we were looking more to enjoy a unique experience and grow as a team, with the potential perk of being really fast.

We started out the night before with a pasta dinner and a screening of Chariots of Fire (that classic inspirational running movie), so we could all enjoy some down time together. Once the vans get rolling, you don’t see much of each other except for the major exchanges. Even then, the van wrapping up the latest leg is ready for some rest and the van starting the next leg needs to track down their runner for refreshment and encouragement; so, the interaction time is a little slim. Additionally, we had four team members who were family or friends of team Fresh, so it was great to meet them ahead of the festivities.

The next morning we started…early… Van 1 took off at 6 in the morning to drive up to Peace Arch Park near the Canadian border; any closer and we would have had to get passports. They got to enjoy some of the starting line festivities before they started running at 9 AM. Once on their way, the vans played leap frog with the runners, stopping on occasion to provide some water or cheer the runner on. We were fortunate (at least I think so) to have some cowbells in our possession. Nothing will make a runner smirk faster than hearing some hooting, hollering, and cowbells ringing as they pass by.

Eventually we hit the first major exchange, where the baton, er, slap bracelet, was passed on to the runners of Van 2.

This process continued through 36 different legs and 6 van exchanges. Often, it’s during a runner’s second leg that things really get intense. A couple of runners in Van 1 ran in the dark, and Van 2 began their segment at midnight. I had the privilege (indeed it was!) of running over Deception Pass at 3 in the morning with nothing but a headlamp, a reflective vest, and my wits about me.

But for us, RAGNAR wasn’t just about the running – it was about the total experience. You’ll find that other RAGNAR runners you meet along the way share the same feeling. For starters, you can’t just have a van to drive around in, you need some form of decoration to highlight who you are and how well your team is doing: Plus, at a packed exchange point. You need a good way to stick out in the crowd. Richard came up with this fabulous idea: …and it worked surprisingly well, especially during the night runs!

There was a lot of fun to had along the way. Even the “gruffest” of runners can have a soft side or sense of humor to them: Oh, and did I mention that when you’re on a break, you can do whatever you want, like eat insane portions of ice cream! Part of what makes this relay so special is some of the gorgeous scenery you get to see along the way: We also had volunteers. Giving is as important as receiving an event. Anna and Amber took time out of their weekend to drive up, encourage runners, and help things run smoothly. RAGNAR would not have been RAGNAR without them. Anna is in the green vest with her best thumbs up. Amber is being awesome elsewhere…

Alas, 29 hours and 22 minutes later, Kurt finished the final leg of the race and we were able to all rush in together as a team to cross the finish line. For an intense effort such as this, everybody deserves some hardware and some time to relax (oh, and pizza too). When the dust settled, and everybody made it home, we found out that we placed 6th out of 25 in our Mixed Corporation division, as well as 105 out of 467 teams overall. Our original estimated completion time was approximately 32 hours, so everybody ran some of their best runs ever. To add the icing on the cake, we discovered that both vans had been constantly battling the “Where’s Waldo” team throughout the race and we were able to beat them out at the very end!

In my personal book, this RAGNAR was even better than the first one I ran three years ago. While I technically ran similar legs more slowly this time, I had the privilege of being the team captain, and enjoying the reactions on my teammates’ faces as they completed legs and experienced RAGNAR for the first time. I also had a profound moment of serenity during my 9.8 mile 3 AM run that I will never forget. I asked around and here were a few thoughts from my other teammates:

RAGNAR was awesome! Could not of asked for a better team to run it with! I can only speak for Van 1, but we were all supportive of each other and made stops along the way for the van supports to make sure our team members were hydrated and everything was good. The best thing was finding out at the very end, without having prior conversations before or during the run, that our archenemy was the WALDOS! Both vans had in mind that all we had to do was beat the WALDOS. So, we kept at it through out the whole race and the awesome Kurt with his amazing finishing blow sealed the deal! Just a phenomenal time – I had so much fun with everyone. Looking forward to next year and will start training now to have a better pace. Just want to thank Fresh for sponsoring the company team of RAGNAR Warriors! Blessed to have this opportunity to run with such awesome people! ~ Raymond Luu

The runners were super friendly and often thanked me for directions. I had fun seeing if I could make them smile as they reached me, and the costumes and van decorations were awesome! Next year we need to step up our decor! Already have ideas. ~ Anna McCallon

RAGNAR was an awesome experience! The running was hard but worth it, and the opportunity to participate together as a team in a difficult sport is something I definitely don’t take back. Looking forward to doing it again! ~ Isaac Campbell

I suspect there will be a line for runners to participate on Team Fresh & Furious next year! 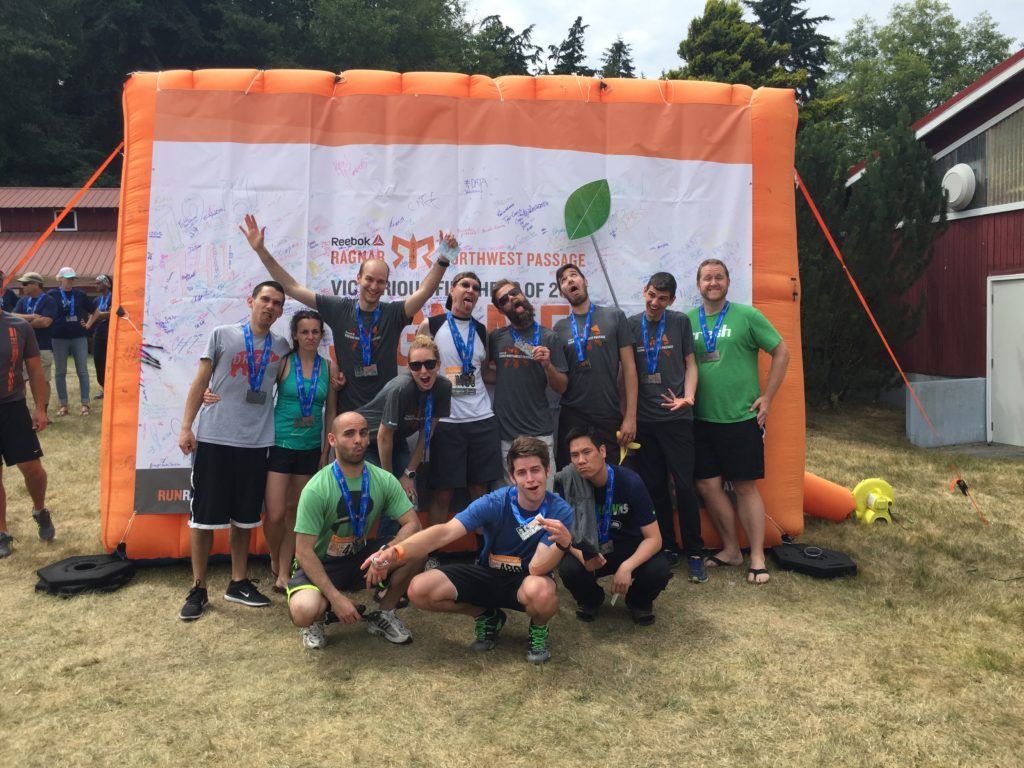 Check out our video recap as well!

The Future of The Metaverse